Archivist and historian, expert in literature and art archives and member of the ICA-SAHR 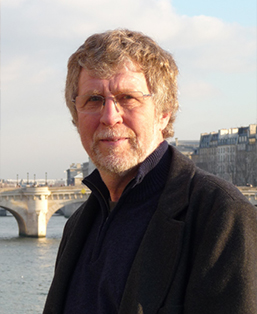 David Sutton has taken on an unusual variety of roles and professional activities during the past fifty years. He has been a literary archivist; a cataloguer at the British Library; a specialist in copyright and intellectual property; an archival researcher and website editor; a local politician and municipal council leader; a trustee of several charities; a transport specialist and bus company director; an urban strategist; a food historian and speaker on food controversies; a campaigner for fairtrade; and a human rights activist and anti-apartheid campaign organiser.

He has published extensively on literary archives, on “archives at risk” and on copyright, and has written two books of food history. More detailed information can be found in the Wikipedia entry headed David Sutton (Archivist): https://en.wikipedia.org/wiki/David_Sutton_(archivist) and on his University of Reading web-page: https://www.reading.ac.uk/library/contact/staff/d.c-sutton.aspx.

David C. Sutton is a literary archivist and a long-standing member and officer of the International Council on Archives (ICA). As President of the Section for Archives of Literature and Art (SLA), he was a member of the governing Executive Board of ICA from 2010 to 2021, and was one of the team which drafted the new inclusive ICA Constitution of 2012.

He is now a member of the committee of ICA’s Section for Archives and Human Rights (SAHR). He was also for many years a member of the Anti-Apartheid Movement in the UK, spoke on anti-apartheid platforms at a wide range of meetings, and among other roles served as Vice-Chair of Local Authorities Against Apartheid.

He will speak about some of the archival sources for the anti-apartheid movement, in connection with sport (especially rugby union, cricket and the Olympics). Sports events provided one of the most high-profile areas for protests against apartheid, and (as with many repressive regimes in the present time) sport was playing an important role in attempts to legitimise and normalise the brutal white supremacist regime in South Africa.

The talk begins with a review of the Archive of the Anti-Apartheid Movement itself (held in the Bodleian Library, Oxford, UK), and compares it with papers about sports protests in the Archive of the Wales Anti-2 D C Sutton: Anti-Apartheid Summary Apartheid Movement (held in the National Library of Wales, Aberystwyth), the Non-Racial Sports History Project (in the University of the Witwatersrand) and the African Activist Archive (in Michigan State University, USA).

Sutton then considers some of the limitations of organisational archives in this field, and the consequent importance of the personal papers of leading activists.

Case studies are the papers of two leading activists in SAN-ROC (the South African Non-Racial Olympic Committee), the poet Dennis Brutus (whose papers are in Northwestern University, USA; York University, UK; and Brunel University, UK) and Sam Ramsamy (whose papers are mostly in the University of the Western Cape). The archives of the activists Freda Troup in the British Library in London and Peter Hain in the National Library of Wales are also referenced and described.

The importance of sport in the movement against apartheid is a keynote of the presentation – its importance to the South African regime and its importance as an effective area of protesting and campaigning against apartheid. (Only passing reference is made to the Archive of the Nelson Mandela Foundation, which will be discussed in detail by the following speaker.)