Doctor in Comparative History from the UFRJ 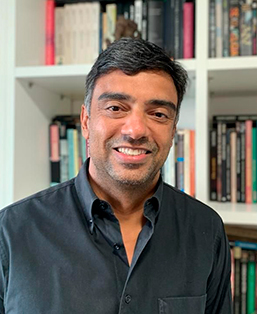 He was the general coordinator of the Vasco da Gama Memory Centre (2009-2015), where he carried out pioneering work in Brazil on the conservation, organisation, digitisation and dissemination of the historical archive of this important football club, and he recovered, organised, and digitised thousands of documents.

I can safely say that football is the sport of the 20th century. Football is the sport that generates the largest mobilization of people in the world and, therefore, the one that produces the largest network of connections with society. In addition, it has become one of the great products of our time. As it mobilizes more and more people and, above all, generates more and more economic figures, football has ended up becoming an event in itself, as no other sport can compare in terms of numbers

In Brazil, this is also the case. With Brazil’s renown since winning the world championship for the third time in 1970, the country has taken a prominent place in the world of football. As a result, Brazilian players have become increasingly expensive “goods” and, consequently, football is now one of the most profitable businesses of modern times, also in Brazil.

However, despite football’s prominence on the global sports scene and — particularly in the case of Brazil — the importance of this sport in the stereotype of what it means to be Brazilian, we can broadly confirm, at home and abroad, that only a small part of the actors involved share the huge amount of money that this game generates.

In this completely uneven structure, projects related to the history, memory, and preservation of heritage within football clubs are systematically discarded because they do not present immediate “results” and are not profitable for the clubs. Thus, even today, issues such as racism are still understood from a perspective consisting mainly of research conducted outside football clubs and, above all, by hasty views on the subject, which are the result of a shallow reading, characterised mostly by the passion for a club and the stories told by sports journalists who, in general, reproduce these football “tales” as absolute truths.

In Brazil, stories about the fight against racism are part of the collective imagination of clubs. In general, clubs are involved in this debate because, at some point, they have allowed Black players to join their ranks as athletes. That is why they insist on self-legitimizing themselves as pioneers in the fight against sports racism in Brazil.

However, the experience within the archives of the clubs and, mainly, through a better-defined perspective on what racism in sport would be — particularly what the anti-racist struggle represents in this scenario — allows us to confirm that in Brazil there has been no real fight against racism in sport.

In fact, what we observe through the documents is complete silence on racial issues. Contrary to many people’s beliefs, the admission of Black players came mainly from the need to build good and winning teams, and not from a movement to help or support the general Black population.

In addition, archival research found that the clubs that consider themselves pioneers in this struggle also took measures of social and racial distinction that definitely compromise the narrative of the anti-racist fight. It is not surprising that some clubs have adopted very restrictive positions when it comes to enabling access to their archives.