Senior Research Officer at the National Archives of Finland 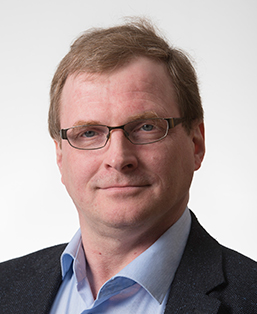 He represented Finland in a working group that was working with a benchmarking project on private archives.

Sjöblom has also been a co-ordinator for certain international affairs in the National Archives of Finland.

He is currently a Bureau member of the Section on Sport Archives (SPO) within the International Council on Archives (ICA), a permanent section of the organization since 2008. As Chair of the section (2008-2016) he was also a member of the ICA Executive Board until 2016.

He was President of the Society of Finnish Archivists 2008-2018, having acted as its board member and Secretary-Treasurer already in the early 1990s.

Prior to his work in the National Archives of Finland, Sjöblom worked as a researcher (archivist) in the Sports Archives of Finland during the years 1988-2004, one of the reasons why he originally became a member of the SPO Bureau (steering committee).

Kenth Sjöblom was also one of the founder members of the Finnish Society for Sport History, inaugurated in 1992, and for which he was Secretary-Treasurer 1992-2004.

He is a Fellow of the European Committee for Sport History (CESH). He has presented papers during numerous congresses on sports history and arranged sessions on sports archiving.

He is also the author of several books and articles on Finnish sports history, for instance co-author of the 100 year history works of the Finnish Football Federation and the Finnish Olympic Committee.

«Violence on sport archives – Violence on human rights. Some remarks on archival actions and policies»

Aspects on “Violence on sport archives”

First, as I started to think about the expression violence on sport archives, I came to think of two different ways in which violence could be caused – either by accident or deliberately. By accidental violence one might mean documents being destroyed by a fire or damaged due to damp (water damage). As for deliberate violence, we easily come to think about a person or an organisation destroying documents by burning them or tearing them on purpose, for whatever reason. But there is more to it, and you can subdivide the two meanings “accidental” and “deliberate” into more specified groups. I will come back to this soon. As I pointed out earlier, violence on sport archives could be classified into two main categories: intentional/deliberate and unintentional/accidental. These categories can further be split up into smaller units. I will present to you some forms of violence in both categories, with a few examples from “real life”, i.e. experiences from my 16 years as former researcher in the Sports Archives of Finland.

So let us start from the more negative aspect – the intentional or deliberate form of violence on sport archives. It should be pointed out, that most of the forms listed here intertwine. The first form which comes to mind is deliberate destruction of documents – using whatever techniques – in order to cover up some kind of illegal activity. The first example I came to think of was, when Nagano´s Olympic bidding committee decided to burn the document records from the bidding project – altogether some 90 volumes. The action was justified in terms like “The prefectural government was short of space”, “There are no regulations which force us to keep the documents of disbanded private organizations” and “I didn´t want the I.O.C. members to be uncomfortable”. The whole scandal was revealed as the bribery case of Salt Lake City became acute and the activities of former bidding cities were being researched. A second form of intentional violence could be labelled as “neglect of the historical value of documentation”, where sports organisations deliberately decide, that there is no interest in old papers. The most flagrant examples being, for instance, when organisations have their anniversary historical accounts written and then decide that the older documents – or at least part of them – can be destroyed, as “all relevant facts are now in print”. There are several examples where organisations have destroyed the correspondence from the first 50 or 60 years of their history. Usually they tend to pay more attention to minutes and annual reports. At this stage I would like to quote professor Arnd Krüger, as he gave his comments to my session proposal for the conference on sports history in Sevilla 2005. Regarding decisions on what to preserve or collect he noted that “what they collect might be just as indicative of what they are doing as the things they do not collect; and then you are back on violence, because not to collect something might mean that you are forcing forgetfulness on people/events/things.” He was especially referring to the violence aspect for the presentations in the open session, but these thoughts can just as well be applied to the question of what the sports organisations decide to preserve.

A third form of deliberate violence could be the lack of organisation in archiving and documentation, or in archival terms “insufficient records management” – also partly due to the neglect of historical value of documentation. Insufficient records managements may cause important documents to “get lost” amongst the mass production of archival material, something that is also happening in the sports organisations. There is no such thing as a “paperless archive”. A records schedule would help the organisations to dispose off unimportant material and to save the most valuable. Here the help of professional archivists is needed.

A fourth form of deliberate violence could then be connected to a strong urge to save costs, which means that insufficient resources – or none at all – are reserved for storage facilities for non-current/semi-current records. In such cases important documents may be thrown away as space is needed for more current material. In archival terms we speak of the “life cycle” of records, reaching from current/active to non-current/semi-current and finally the historical phase, when records are preserved permanently.

Now let us turn the coin and look at the more accidental, or unintentional, forms of violence that may occur.

First of all there is always the risk that sport archives may become victims of fire or water damage. This can be either purely accidental, or because of poor storage facilities, as a result of the aforementioned neglect of the value of historical documents.

On the other hand, one could also argue that it does not have to be intentional neglect, but simply insufficient knowledge of the research value of documents.

In the early 1990s an Australian archivist/librarian wrote an article about sport archives, where he labelled sport as an “archival obscurity”. I tried to start a dialogue around the subject, implying that we could also talk about sport history as an “academic obscurity”, since sport has not always been very highly ranked in academic circles. Thus, the value of records for sport history research would not necessarily be so well recognized by the staff of sports organisations. If nobody is there to inform them about the reasons, why they should preserve certain documents and not others, how could they manage the “appraisal process”? Their work is not first and foremost to do research, but to assist the activities of their respective federation.

The staffs tend to believe, that all information will easily be saved “forever” electronically. It is also so much nicer to present your organisation digitally, than by old-fashioned brochures etc. But, as Jeff Rothenberg put it, already years ago, “Digital documents last forever – or five years, whichever comes first”.

In Finland sports organisations thought that their archiving problems regarding electronic records were solved, as they heard that the National Library was downloading “.fi” – websites and preserving them (for how long?). However, it is impossible to download every updated version of the organisations´ websites, so a lot of information will still vanish. Poor technical resources and lack of backup strategies may also lead to loss of important information for sports history research.

With this paper I will try to outline a few aspects on the theme of this seminar. The main idea is, that violence on sport archives could be seen as either deliberate/intentional – for whatever reasons – or accidental/unintentional, mostly as a result of lack of knowledge about the true value of historical documents, or – as regarding the aspect of electronic archiving – a too optimistic belief in new technology. I also underlined, that some of these aspects are very closely intertwined and one cannot always separate one aspect from the other, or decide which one is the cause and which is the effect.