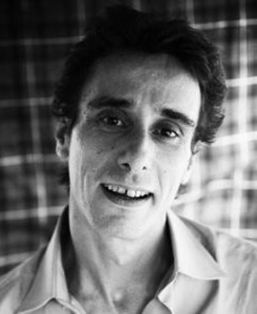 A sports historian, as well as an archivist/documentalist by training and profession, Fabien Bordelès currently works at the Overseas National Archives (Aix-en-Provence), where he is in charge of the southwest Indian Ocean collections (Madagascar, Comoros, Reunion, and the French Southern and Antarctic Territories). He has twenty years of experience in the processing, management and retrieval of documents in France (National and Departmental Archives, French Research and Development Institute) and overseas (Madagascar 2001-2007, among other destinations).

The presentation begins with a teaser video of the exhibition’s film (1.36 minutes).

This talk presents the exhibition on the history of Malagasy rugby, which is the result of an international collaboration that took place in late 2021 in Antananarivo, Madagascar. We will then revisit the particular role that this practice has played in the political history of Madagascar. First used by the French as military training for indigenous guards, rugby experienced a rapidly growing number of practitioners (clubs) and huge popular success. This sport became the emblem of the Malagasy nationalist struggle until their independence. Then, from the 1960s to the present day, even though practitioners of this sport were becoming increasingly poor, all leaders and political parties tried to use them during political crises.

The aim of this exhibition is to explain Malagasy rugby as accurately as possible from its origins to the Makis and to appreciate its long history full of exploits and dramas. The exhibition allows visitors to discover a wide range of surprising documents, works, and objects. The choice of documents has been articulated around three axes: their historical, scientific or artistic interest, their uniqueness or the fact that they are unpublished, and the diversity of the sources —international and public archives (National Archive and Library of Madagascar, ANTA Agency, National Overseas Archives of Aix-en-Provence, National Library of France, INA…), works by photographers (Dany Be, Pierrot Men, Nantenaina Rakotondranivo, Franck Sanse…) and designers (Doda, Mek, Pov, Claude Serre, Michel Iturria). The exhibition consists of a set of vastly different objects and documents: photographs and press cartoons, works of art or archives, sound and audio-visual documents (films), posters, match tickets, books, newspapers, letters, balls, T-shirts, trophies (cups, medals), flags and pennants, etc.  Places (stadiums), clubs and people (players, coaches, referee, and manager) are also presented to the public for a better understanding of the spirit of Malagasy rugby.

Zone 1: The colonial period (1896-1960), the introduction of gymnastics and athletic sports by the military and settlers.

Zone 4: audio-visual space devoted to Malagasy rugby and its audience.

2. Rugby in Madagascar: the history of a practice that became victim of its own popular success

The birth and development of athletic sports at the turn of the 19th century belong to a wide spectrum: the will to protect young people, as well as the new relationship between men and their bodies thanks to the progress of science, medicine, and hygiene. In a colonial setting, “sport is paradoxically presented both as an instrument of colonisation (an instrument of education, distinction, integration, assimilation, etc.) and as a starting point for decolonisation (a space for association, assembly, action, identity expression, etc.)”.

Less than ten years after the landing of French troops, the Malagasy were already playing rugby. This sport grew remarkably fast (founding of several clubs, spectators, press, etc.). The first Malagasy club, the SOI (Stade Olympique de l’Imerina), was founded in 1909, although in 1911 it became the SOE (Emyrne). Until 1957, rugby was everyone’s favourite sport. It participated in the origin of nationalist struggles. The Malagasy people saw in the practice — or the spectacle — of rugby a space and a medium that allowed the expression of their bodies and their feelings, for the players as well as for the spectators, coaches, and journalists.

1957 marks the culmination of Malagasy rugby. It is the year of the famous tour of the “representative” team of Madagascar in France, where they played four games against Nice, Toulon, Toulouse de Languedoc and RCF (Racing Club de France) in Paris. In the field of sports, unfortunately, after some brilliant victories in the first three games, this glorious episode ended tragically in Paris. The Malagasy lost the match, but above all, they mourned the death of one of their players during the match: Raphaël Randriambahiny, known as Mbahiny. The player died after a tackle from Arnaud Marquesuzaa, who was going for a try. The scene was emotionally intense. A crowd approached the player’s vigil with great pain: all the inhabitants of Tana, and beyond, gathered to pay tribute to this player of the Jeunesse Sportive Tananarivienne d’Ambondrona. Rugby has gone hand in hand with Malagasy nationalism, and this tragic tour will forever be an important symbol of the political significance of the sport.

After independence, the Malagasy rugby was followed by the Black Years and then the Red Years (1960-1990): the players came almost exclusively from the most disadvantaged social backgrounds, the results of the international matches were disappointing, the journalists were less interested in the practice and the politicians used the athletes. Between 1960 and 1970, the two main political parties, the PDS (Social Democratic Party) and its main opponent, the AKFM (Congress Party for the Independence of Madagascar), fought hard for control of rugby, some supporting rugby with 15 players and the others rugby with 13 players, until this sport was banned in 1970.

The acronym for Tanora Tonga Saina, TTS, means “young people with awareness”. TTS (from the late 1970s to 1985) was born from the young Second Democratic Republic of Madagascar, then led by Didier Ratsiraka. The Ministry of Population launched a vocational rehabilitation programme (mainly through carpentry training) for former convicts and unemployed young people who, for the most part, were also rugby players. But the experience degenerated very quickly and transformed these young people into criminal militiamen of the revolutionary youth who sowed terror throughout the capital through violent extortions and robberies (deaths, kidnappings). In response, the people of Antananarivo started massively learning martial arts, especially kung fu. Between 1984 and 1985 there were deadly clashes between both factions, which resulted in hundreds of deaths and required the intervention of the army.

During the most recent political crises (2001-2002, 2008-2009), rugby players were also present alongside law enforcement or protesters…