Doctor of Contemporary History, lecturer in History of Sport at Ramon Llull University - Research and Innovation Group on Sport and Society 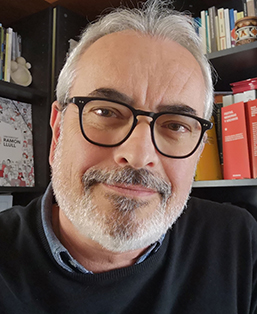 Xavier Pujadas Martí holds a PhD in Contemporary History. In the early 1990s, he started a line of research on the social history of sport in Catalonia, hitherto unexplored. In 1998, he began his academic career and is now a professor of Sport History at Ramon Llull University and the director of the Research and Innovation Group on Sport and Society. He presided over the Spanish Association of Social Research Applied to Sport (2004-08) and is a member of the European Committee for Sports History (CESH). A specialist in sport and social movements in the first third of the 20th century, he has published in international journals and coordinated, among other texts, La metamorfosis del deporte (2010) and Atletas y ciudadanos: Historia social del deporte en España (2011).

The main aim of this speech is to explain the dual role of sport in relation to human rights through the diversity of archives available to us.

Throughout history, there have been flagrant violations of human rights and civil liberties in which sport has been used as an excuse, a justification and even a whitewashing tool. Let us remember, for instance, how the Argentine military junta (1976-1983) used the success of the Argentina national football team in the 1978 World Cup as a smokescreen to divert attention away from the dictatorship. However, it is also true that sport has been, and still is, a tool to convey, in a positive and constructive way, certain demands. It can even be an instrument of resistance for oppressed or humiliated groups with the aim of expressing their dignity, as was demonstrated by Tommie Smith and John Carlos’ raised fists in black gloves in Mexico ‘68.

For those of us who defend republican values and principles, sport has often been a source of shame and disappointment, but at other times it has been precisely the vehicle that made it possible to shed light on the darkness, make the invisible visible and transform injustices into drivers of progress.

Thanks to numerous documents (biographies, articles, memoirs, personal diaries, written confessions, letters, etc.), we now have many examples that allow us to discuss the duality of sport in relation to human rights.

Secondly, the paper will reflect on the types of archives connected to the world of sport in which we can most commonly find relevant collections from the perspective of the preservation of human rights. Both private archives and those linked to the public administration, sports institutions or other kinds of organisations will be taken into account. Examples will be given based on research carried out by the speakers themselves and on major international studies. From a general point of view, in this section, the speakers will draw up a typology of archive collections and will describe their characteristics from the perspective of the researcher who makes use of historical archives.

Based on this double characterisation, which takes into account the relationship between sport and the guarantee or violation of human rights, as well as its presence in archives, the speakers will present their conclusions, which will stress the importance of research and the preservation of sport archives for the recovery of human rights memory, their public dissemination and the possibility of going further in building fairer and more democratic societies.